Can You Read the Signs?

Home » Can You Read the Signs?

We recently saw a video on Facebook in which a toddler was hugging the family Rottweiler. The dog was exhibiting a remarkable amount of patience and restraint but it was also showing clear warning signs to back off. The owners believe their dog was happy and just playing. There was another recent headline about a man who rescued a dog only to be killed by him within hours of getting him home. These incidents make us realize how many people don’t understand the signs their own pet (or a strange dog) may be giving off.

Because our pets can’t verbalize their feelings, it is important for people to understand the visible cues that a dog is presenting so that tragic accidents don’t occur. While audible signals may be more obvious, they may be misinterpreted, as in the video we mentioned.

So what does a happy dog, a scared dog or an aggressive dog look like? Let’s take a look.

A happy dog may be described as “loose”. Generally, the ears are erect (if breed appropriate) but not placed forward on the head. The tail will likely be up (but could be loose and down) but wagging slowly or in its full range of motion. The eyes are a little trickier but sometimes are referred to as “soft” and “friendly”, often glancing about with pupils that are not dilated. The mouth will often be open, relaxed and have a loose hanging tongue. The weight will generally be distributed fairly evenly on all four feet. The dog may be barking, whining or quiet.

A scared dog is often “tight” and may appear submissive. This can get tricky because a lot of people assume that a dog that “gives the belly” is going to be friendly. The head will generally be low, often below the level of the shoulders. The ears will be back as far as the dog’s anatomy allows. Mouths can be closed but the dog may also be panting and frequently yawning (a stress response). The pupils are usually dilated. The tail will often times be low or tucked. While the dog may be wagging its tail, it is usually a shorter radius or arc than with a happy dog. The dog may also be actively trying to escape or retreat, and if it cannot, it may lay down and “give the belly” while still exhibiting the above signs. This dog may growl, bark loudly or be silent. Be very careful with this dog!

A truly aggressive/dominant dog, is often “rigid”. The head will usually be high. (I say “usually” because a dog that is stalking may lower its head prior to attack.) The ears will be erect and as far forward as the dog’s anatomy allows. (This may look different in flop-eared dogs.) The pupils are dilated and the stare is fixed, hard or unwavering. The tail will usually be up or straight out and may be wagging rapidly. This is more accurately described as a vibrating movement in which the entire tail is not moving. The mouth will be closed or the dog may be snarling. The dog’s weight will be forward, on the front legs. The dog’s hackles may be up as well. This dog may growl, snarl or bark seemingly at the same time or may give no audible clues.

You should remain observant not only with strange or unfamiliar dogs, but with your own pet as well. We have seen many people miss signs of stress, fear or aggression in their own animals when outside stimuli trigger unfamiliar behavior. Picking up on subtle clues may save you from a tragic accident. 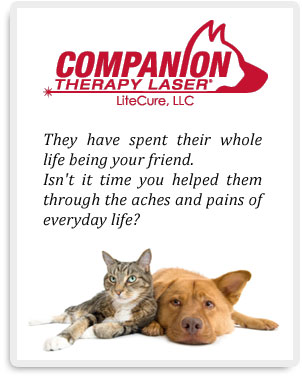